Posted on September 15, 2011 by Claire Brummell

Well it’s been a little while since my legs have been leant out…and so I thought it was about time we rectified the situation.

Today’s candidate was the ex-husband of a friend of mine Isis, who I connected with via Facebook.

His name is Ron and he was 42 when he died (13 years ago) he was a kind, loving and very generous man. When I asked Isis if there was anything I could do to make this run especially his the response was clear “Have a cup of tea at the end, preferably Yorkshire Tea as he was a Yorkshireman and perhaps even a cake!”

Now THAT I can manage! 🙂

So I set out for today’s run with Ron in mind. For some reason knowing he was a Yorkshire man encouraged me to visualise a flat cap on my head while I was running…which made me smile a lot 🙂 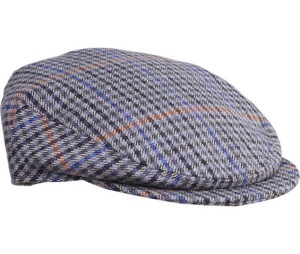 Training buddy was unavailable this morning, so Bubba and I did our usual stretches and headed out with smiles on our faces and some great tunes on the iPod while we stepped into our warm-up power walk.

We had not gone 10 paces from home when a very extraordinary sight greeted us.

About 5 doors away from our house I saw a lady on her driveway. This was not the unusual bit.

This lady was (I’m guessing) around 60-65 years of age. This was also not the unusual bit.

The unusual part of this sight was the fact that the lady in question had one of her hands on the rear spoiler of her car (half of which was still in the garage) and was pulling the car (a mid-size saloon) out of the garage apparently single-handed!

When the initial bemusement of this sight had passed, I walked up to the lady in question and along with a good “Morning! Colgate Grin Combo” asked if she needed some assistance (something I would have done myself, but knowing what a kind and generous man Ron was I couldn’t imagine him passing by without offering to help!)

It was only at this point that I could now see into the garage where the lady in question’s husband was bent over double pushing the car with all his might from the other end!!

The lady seemed very touched by my offer of help and simply said “No, we’re ok, I drive the car and I’m always afraid of hitting the garage walls on the way out so we always do it this way!!”

So with a giggle and a wish for a lovely day going their way I was back on course.

I rounded the corner by the pub and broke into my first run of the day.

Now, since I don’t know what Ron looks like (as I’ve never met him), knowing that his name was Ron and the fact that a flat cap came to mind reminded me very much of my Grandfather (whose name was Ron and who often wore a flat cap) which brought a huge smile to my face as I pictured him also running along side me (with one of his cheeky rolls of the eyes as he went).

As we jogged along the road, our first opportunity for a good morning high five came running in the other direction….another very pink-faced girl (I have a habit of sporting the radish-chic look while running) was coming towards me so I took my chance.

A warm Morning! Colgate Grin Combo (MCGC) followed by a request for a high five and she beamingly obliged…great stuff! 😀

As I’ve not been training as often recently, there were points where it was a little challenging, my breathing got a little Labrador-like and my legs started to complain…but knowing that my legs were being leant to a Yorkshireman I had a feeling that, in the nicest possible way, he would probably just tell me to get on and do it…so that’s exactly what I did 🙂

After a short walk and a moment to enjoy the beautiful morning and surroundings it was time to have another run when one of my favourite songs, Katy Perry’s Firework, came bursting onto my iPod.

But today I got the sense that this song was not for me.

I rounded the corner and did my usual weaving in and out of the parked cars before having another running stint.

For some reason this morning I felt compelled to deviate from my usual route (as you’ll be able to tell from the session distance at the top of the page!) and decided to go for a little power walk around the park in the middle of my party session.

Back on my regular route, and back to a run we saw another runner coming in the other direction. This was our chance for another motivational high five!

Admittedly the very tall and rather focused runner did look a little confused when I requested a high five as I jogged past, but nonetheless, high five he did…and it was just the boost we needed to power on ahead!

Running past beautiful gardens and the same newspaper boy who I baffled earlier (I worked out on the second pass that a simple “Hey ” was much better received…) I was nearing the end of my route…but not without a very important stop …the horses.

This morning one of the horses came running up to greet me and was not going to be content until I stopped to feed him some of the long grass growing by the side of the road…which of course I was happy to do 🙂 One of his buddies then came over to join us and I stood for a moment stroking their noses and feeding them grass.

We were then on the final leg of our party session….running all the way home.

Happy dance danced, it was time to complete the final part of my run for Ron….a cup of tea and a piece of lemon drizzle cake…yum! 😀

Training buddy commented that I wasn’t drinking my usual herbal tea this morning, and my reply was simple – knowing that Ron was a Yorkshireman it would have just been wrong to have had a herbal tea in his name…so a cup of good old English breakfast was in order (I didn’t have any Yorkshire tea in the house unfortunately!). Training buddy had a giggle at my being a stickler for authenticity…but these runs are not mine, I’m just lending my legs (and in this case my taste buds and tummy!) to someone else…it’s only right to do it justice!! 😉

So thank you Isis for allowing me the honour of doing a run for Ron, and thank you Ron for being my inspiration today, it really was a pleasure and I hope I did you proud!